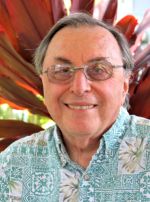 George Kent is Professor Emeritus with the University of Hawai’i. He was a professor in the Department of Political Science from 1970 until his retirement at the end of 2010.

He currently teaches online as a part-time faculty member with the Centre for Peace and Conflict Studies at the University of Sydney in Australia and also with the Transformative Social Change concentration at Saybrook University in San Francisco.

Professor Kent’s approach centers on finding remedies for social problems, especially finding ways to strengthen the weak in the face of the strong. He works on human rights, international relations, peace, development, and environmental issues, with a special focus on nutrition and children. His books include

Professor Kent is Co-Convener of the Commission on International Human Rights of the International Peace Research Association. He has worked as a consultant with the Food and Agriculture Organization of the United Nations, the United Nations Children’s Fund, and several civil society organizations. He is part of the Working Group on Nutrition, Ethics, and Human Rights of the United Nations System Standing Committee on Nutrition. He is on the Governing Board of the Hawai’i Food Policy Council, which he helped to start in November 2010 (http://www.hawaiifoodpolicycouncil.org/).