Liberal Norms and Support for War in Comparative Cross-Regime Perspective: Evaluating the Presence and Influence of Liberal Norms 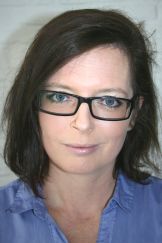 Democracy: reason for war or peace?

“Democracies do not attack each other”. President Clinton did not simply express an ideological conviction, nor did he discuss a merely academic theory in his State of the Union address of 1994. On the contrary, the president of the United States referred to what has often been called ‘the closest thing political science has to an empirical law’ (Levy 1988, 662), namely the empirical finding that democracies do not go to war with other democracies (Babst 1964). This finding, also called the ‘democratic peace’, is often interpreted by American and other Western policy makers as a prescription to promote democracy around the globe, with or without force, in an attempt to ‘cause’ peace (Walt 1998, 39; Ish-Shalom 2006; Burgos 2008, 222-223; Geis, Brock & Müller 2007). Historically, the democratic peace traces its pedigree from the Abbe de St-Pierre and Immanuel Kant through to President Woodrow Wilson and the League of Nations and more recent influences on successive National Security Strategies of the United States since the 1990s (Clinton-Administration 1998, 33-35, 36-56; Bush-Administration 2002, 3-4,6-7; Obama-Administration 2010, 5-7,10,17,35-39). Also the European Security Strategy has taken this notion to heart: “The best protection for our security is a world of well-governed states. Spreading good governance, supporting social and political reform, […] and protecting human rights are the best means of strengthening the international order” (Europe 2003, 10). Peacebuilding missions aim to create a liberal-democratic political culture in order to foster domestic and international peace (Paris 2010). Paradoxically, the democratic peace is even invoked as a rationale for war, such as the Iraq war in 2003 (Burgos 2008).

Thus, policymakers and the public believe that socializing people into liberal norms is what a democratizing country needs to transform into a peaceful society and a peaceful player in world politics (Ish-Shalom 2006). However, within the current literature on the democratic peace there is insufficient evidence to veritably support that belief. The body of empirical work into an explanation for the democratic peace has focused only on liberal-democracies, which has led to a lack of information about different regime-types. Moreover, the necessary comparison between liberal-democracies and other regime-types has not yet been made. Considering the policy influence of democratic peace theory (Ish-Shalom 2006; Burgos 2008, 222-223), the neglecting of evidence from other political regimes is a cause for concern. My own preliminary fieldwork suggests that in contrast to earlier research, there is no support to the claim that liberal-democratic political culture explains peace between democracies. These preliminary findings thus show that careful comparison between individuals in different political systems is of great importance to test the influence of liberal norms as expected within democratic peace theory, as they indicate that more extensive empirical testing as suggested in this research proposal, is necessary and useful. Moreover, the preliminary results have real world implications, suggesting that the emphasis on changing political cultures in non-democratic contexts, while admirable for any number of reasons, is unlikely to promote international peace.

This research project aims to assess the relationship between liberal-democratic norms and public support for war within different political settings. There is a unique opportunity to investigate the presence of liberal norms within different regime-types, and study their possible influence on the public support to use interstate force. The systematic collection of empirical evidence concerning liberal norms, and their influence on support for the use of force of my project will fill the existing empirical gap and thus contribute to theoretical clarification and thereby add to the knowledge about conditions for peace.

This website uses cookies to improve your experience while you navigate through the website. Out of these, the cookies that are categorized as necessary are stored on your browser as they are essential for the working of basic functionalities of the website. We also use third-party cookies that help us analyze and understand how you use this website. These cookies will be stored in your browser only with your consent. You also have the option to opt-out of these cookies. But opting out of some of these cookies may affect your browsing experience.
Necessary Always Enabled

Any cookies that may not be particularly necessary for the website to function and is used specifically to collect user personal data via analytics, ads, other embedded contents are termed as non-necessary cookies. It is mandatory to procure user consent prior to running these cookies on your website.