How Coups Escalate to Civil War 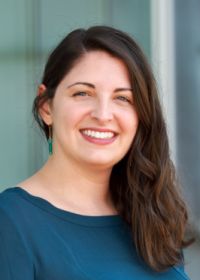 How, and when, do coups d’état escalate to civil war? Although about 25% of civil wars begin with splits in the state’s security forces after a failed coup, theories about the causes of civil war treat such conflicts as synonymous with insurgency. Meanwhile, scholars of civil-military relations focus on the incentives coup leaders have to avoid the escalation of violence. As a result, we know very little about the causes of civil wars that escalate from coups. I argue that coups are most likely to escalate into the sustained, two-sided violence that characterizes civil war where multiple, independent state security forces are deployed near the centers of political power that are the targets of coup attempts.

Testing this argument requires fine-grained data on how states organize and use the police, interior troops, state militias, and presidential guards that comprise their security forces beyond the traditional military. While some systematic efforts have been made to collect data on state security forces, existing data suffers from important limitations, including inconsistencies in criteria for inclusion and limited temporal and geographic scope, which potentially bias analyses based on it.

To correct for these shortcomings, this project compiles an original, cross-national time series dataset on state security forces, 1960-2010. Thus far, I have drawn upon over 1,200 primary and secondary sources to conduct an initial wave of data collection in 65 countries. With the help of research assistants, I will collect data on security forces in an additional 86 countries. Information on the number of security forces present in each state and the chain of command through which they report to the regime, as well as how soldiers are recruited, trained, and equipped, will be collected for each country in each year. When complete, the dataset will enable the systematic analysis of the conditions under which coups escalate to civil war.

The project has four aims. The first is to develop and systematically test a theoretical account of an alternate causal pathway to civil war beyond that of insurgency. The second is to compile a comprehensive dataset on state security forces that will also be of use to researchers studying the dynamics of civil war, military effectiveness, and state repression. The third is to contribute to an emerging research agenda on the effects of armed group fragmentation in civil wars, which has thus far focused on the proliferation of rebels, paramilitaries, and non-state militias, by identifying corresponding variation in the armed actors present within a state’s security sector. Finally, in documenting a link between the number of security forces a regime has and how violent coup attempts against it are, this project also aims to provide the first empirical support for a key assumption underlying leading theories of coup-prevention.

The Foundation acknowledges that Erica de Bruin has successfully completed her project.