‘Informal’ Land Demarcation Systems: A Lifeline to De-escalation of Land Conflicts and Promotion of Peace in Post-conflict Northern Uganda 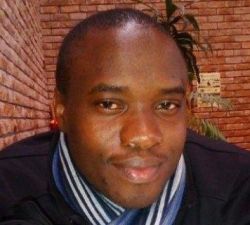 While relative peace and normalcy has gradually returned to northern Uganda after more than two decades of armed confrontation between the Uganda Government and the Lord’s Resistance Army (LRA) rebels, new forms of conflicts centered around land are progressively increasing in the Acholi sub-region. Land conflicts initiated ‘from above’ by national elites aligned to the ruling National Resistance Movement (NRM) government and ‘from below’ by local elites have increased, with profound implications on peace and stability in post-conflict northern Uganda. Although land conflicts are gradually increasing in northern Uganda, the rural poor communities who bear the heaviest brunt have not simply given in and turned into spectators when their land is enclosed by local and national elites. Most rural poor peoples are mobilizing a rich repertoire of ‘everyday resources’ within their reach in order to either address or avert the contestations over land within their communities. Among the many initiatives include planting trees around their pieces of land to act as ‘identity’ markers, and engraving the names of land owners on the trees that were not cut down at the height of the LRA war. In addition to showing the boundaries of the land, the engraved names and live fences appear to provide a plausible solution to the emerging land conflicts. This study examines the ways in which the emerging ‘informal’ land demarcation systems within the local communities are de-escalating land conflicts and promoting peace in post-conflict northern Uganda.