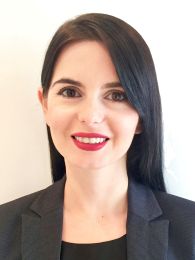 The research project will explore women’s mobilization and leadership within the civil movements for peace and justice in the Republic of Macedonia (2015-2017). I will particularly focus on exploring women’s activism and leadership in the nonviolent movements known as 'I protest' and 'Colorful Revolution'. The Republic of Macedonia (hereinafter Macedonia) makes a valuable case study on the complex conditions of war and peace, and their effects on people and society.

It is remarkable that Macedonia is the only former Yugoslavian country that managed to proclaim independence without becoming involved in the Yugoslav Wars in 1990s. Yet unresolved ethnic grievances escalated into armed insurgency in 2001. The ethnic conflict was halted swiftly with the assistance of international mediation, and the Ohrid Peace Agreement (August 2001) provided framework for post-conflict social and institutional reforms. Generally, formal peacebuilding strategies have maintained negative peace, or absence of direct violence, but ethnic nationalism and ethnic divisions; structural and cultural violence; poverty and unemployment; corruption and limited rule of law; and systemic and systematic inequalities persisted (Bieber 2011; Malevska 2010). Consequently, the country has been embroiled in a perpetual political crisis and ever-present threats of violence. The Macedonian case attests to the limitations of new and fragile democracies to overcome political and economic challenges, to address identity struggles and ethnic grievances, and to guarantee sustainable and long-lasting peace. In conceptualising peace, I adopt Johan Galtung’s (1969, 1990) definition of positive peace, understood as an absence of structural and cultural violence, or violence that is being legitimised in unequal relationships, structures and attitudes within society and culture.

In this research project, I will explore women’s involvement within the civil movements for peace and justice in Macedonia. In the period between 2015 and 2017 Macedonian citizens mobilized in response to revelations of election fraud, government control over the media, interference in the judicial system, cover-ups of police brutality, corruption and the systemic abuse of power by the governing coalition led by VMRO-DPMNE and the Prime Minister Nikola Gruevski. The movements I protest (2015) and the Colorful Revolution (2016) mobilized within a similar political context and within a short time frame, and I would argue they existed in a continuum of citizens ‘awakening’ and collective action against corruption, insecurity and injustice. However, they differed in structure, leadership, actions repertoire and resource mobilization strategies. People came together in solidarity and used nonviolent protest to oppose ethnic divisions, party patronage, corruption, lack of accountability, democratic deficit and increasing authoritarianism, and to demand democracy, equality, accountability, peace and justice. It is important to note that although the civil movements contributed toward overthrowing the ‘Gruevski’s government’ and establishing a new, centre/left government in 2017, the situation in the country reminds difficult due to the unresolved ‘name issue’ with Greece and nationalist mobilization in both Greece and Macedonia. Threats of violence by right wings groups are becoming more eminent as both governments are moving towards a name-change solution. Thus, conducting this research and learning from the citizens who used nonviolent strategies to voice their opinions and create a change in society is critically important.

Women’s mobilization within social movements for democracy, peace and justice is largely shaped by gendered systems and politics (Codur and King 2015; Gallo-Cruz 2016; McAllister 1999; Principe 2017). In a society that conceptualises peace and security as ‘men’s business’, women’s efforts to build peace are precious but they often remain ignored, neglected and silenced. Yet inasmuch as the gendered experiences of power and privilege marginalize women, they also ‘provide inspiration for innovations in new forms and approaches’ (Gallo-Cruz 2016: 825).

In Macedonia women mobilized in great numbers and took on roles as organizers, leaders and avid supporters and participants in the movements. This research will explore the ways in which they used nonviolent strategies to fight for peace and justice, and how their gender affected mobilization patterns, movement’s actions and outcomes. The research is designed as a Participatory Action Research (PAR) with ten to fifteen women activists and leaders who participated in the social movements for peace and justice in the Republic of Macedonia. To better understand the participants’ perspectives, the main research question will be supported by three additional questions:

What do peace and justice mean for women?
In what ways did women get involved with the nonviolent resistance movements in Macedonia?
What are their hopes, visions and perspectives for the future?

The objective of this research is to provide lessons and recommendations on how women’s mobilization and leadership influences the ability of nonviolent movements to achieve their goals and what are the factors that facilitate or hinder women’s agency within such movements. Furthermore, the aim of this research is to explore the ways in which peace can be advanced in a context of ongoing political crisis and evident security threats, within a country that is profoundly divided along ethnic, political and ideological lines.

The Foundation acknowledges that Elena Spasovska has successfully completed her project.