“EU from a peace project to peacekeeper: EUFOR mission in Bosnia Herzegovina” 2005 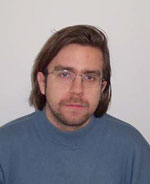 This project helps to see if the European Union (EU) is able to bring emancipation to a country whose value system does not lie necessarily within the Western European polity. It evaluates how helpful the European Union project has been in helping Bosnia rebuild itself from the structural, social and psychological terror of the civil war and redefine its domestic sovereignty. This question comes at a crucial time when the EU began to question the validity of further enlargement. This study examines the transition in post-conflict Bosnia from a state of semi-domestic sovereignty under the governance of an international executive authority -the Office of High Representative of the International Community (OHR) – to a state of full domestic sovereignty in the EU integration process. It helps to answer the question, has the EU intervention helped emancipate the Bosnians? More than 90 interviews conducted in Brussels and Sarajevo with Bosniaks, Serbs, Croats, EU Officials, representatives from the Bosnian political and civil sector, and representatives from other international institutions in Bosnia have demonstrated that the EU intervention operates in a very ambiguous manner. A significant number of Bosnian interviewees have pointed out the need for full domestic sovereignty in Bosnia whereas the sovereignty issue was not one of the priorities of the EU. The EU representatives tended to focus on the need for reforms but not on the impact of those reforms in Bosnia. These findings demonstrate that the EUFOR, EUPM and other EU bodies in Bosnia Herzegovina define their legitimacy through the implementation of reforms whereas Bosnians tend to legitimize the EU presence in their country vis a vis its impact on the sovereignty of Bosnia.

Ulas Doga Eralp is currently Assistant Professor at Sabanci University. His new book “European Union in Bosnia Herzegovina and in Kosovo: An Actor of Peace?” is forthcoming by Lexington Books in 2011. He is the author of a number of articles and book chapters on the Western Balkans, Cyprus and Turkey. He has recently published a policy brief, “Turkey and Bosnia-Herzegovina: A Future Reflecting on the Past” with the SETA Foundation. Dr. Eralp received his BA in Business Administration from Koc University in Istanbul, MA in Polticial Science from Sabanci University in Istanbul, and PhD from George Mason University at the Institute for Conflict Analysis and Resolution. His expertise areas are: Western Balkans, EU Foreign Policy, Conflict Resolution, Cyprus, Peacekeeping, Human Rights Regimes, and Democratization.

The Foundation acknowledges that Doga Ulas Eralp has successfully completed his project.