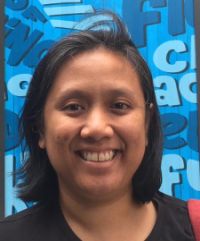 Twenty two years have passed since Indonesia transitioned to democracy. Those years saw the rise of communal violence, vigilantism, intolerance, industrial and agrarian conflicts, hate spin, and other forms of violence – culminating in Indonesia’s descend from being “free” to “partly free” in Freedom House’s index. This indicates a threat to democratic consolidation in Indonesia, one that needs to be addressed in a timely manner.

While many scholars and activists focus on strengthening democratic structures – elections, separation and balance of power, free press, etc, – we choose to pay attention to democracy’s cultural ingredients. We assume that in order for a democracy to mature, its structures need to be complemented with the adoption of a certain civic culture based on nonviolence. More specifically, we believe that a consolidated democracy is not one without conflicts but one where actors prefer to wage conflicts nonviolently and are skilful in doing so.

Third, the database suggests a lot of room for increasing the degree of militancy of nonviolent actions Indonesia. Using Gene Sharp’s (1973) categorization, we find that over 88% of the nonviolent actions fall under “protest and persuasion,” whereas only 4% and 7% fall under, respectively, “noncooperation” and “nonviolent intervention.” This means that most nonviolent actions in Indonesia between 1999 and 2018 focus on expressing dissent or support – falling short of holding back one’s contribution towards the practices or institutions in question, let alone disrupting them.

Fourth, the database shows that in the last five years, nonviolent actions have also been widely and effectively used by groups that have no problem in using violence in other circumstances. A number of Islamist groups that conducted violent sweepings in hotels and cafes, as well as raided so-called “leftist” seminars, exhibitions, and concerts managed to organize series of peaceful protests, which eventually led to the president taking one of their leaders as his running mate for re-election.

Those preliminary findings beg a number of questions. Does the decline in the number of nonviolent actions signify a decreasing level of confidence in nonviolence – or is it a good indication that formal political channels are working more and more effectively, making nonformal extra-institutional nonviolent struggles unnecessary? What does the limited use of the 198 repertoires of nonviolent actions suggest – lack of reference, complacency, or else? Why were methods of non-cooperation and nonviolent intervention not frequently and widely used? Why are vigilante groups getting more skilled in organizing and applying nonviolent actions effectively?

We believe that the strategic value of this research lies in its knowledge-generating and problem-solving orientations. As an extension to DPD, it continues to generate knowledge on nonviolence and the politics surrounding it. Such a commitment is important to balance the trend within the research community of constructing database on violence and armed conflicts. In terms of being problem-solving, this research sheds light on how nonviolence can be mainstreamed into Indonesia’s civic culture, and thus serve as a key ingredient for consolidating Indonesia’s democracy. It provides a solid base for designing various training, i.e. on organizing nonviolent struggles, on nonviolent policing methods, and on nonviolent journalism, which helps strengthen the communities’ preference and skills to wage conflicts nonviolently.

Dr. Diah Kusumaningrum teaches at the Department of International Relations, Universitas Gadjah Mada, Indonesia. Among her courses are Introduction to Peace Studies, Nonviolent Studies, and Ethnic Conflict. With her colleagues and students, she created Damai Pangkal Damai, the first ever database on nonviolent actions in Indonesia (1999-present).

Diah completed her MA at the Department of Peace Studies, University of Bradford, UK, where she wrote an MA thesis on the use of nonviolence in different power-relation settings. She completed her doctoral studies at the Department of Political Science, Rutgers University, US, where she wrote a dissertation on everyday reconciliation in Maluku Indonesia.

The Foundation acknowledges that Diah Kusumaningrum has successfully completed her project.