Studying Inter-Communal Peace in Ethiopia: Christian-Muslim Relations and the Suppression of Violence in Ethiopia, 1991-2005 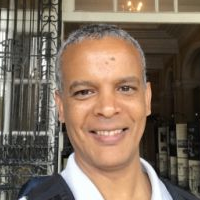 A One Page Report on Work Progress

I was in Ethiopia from end of February 2007 to end of March 2007 working on my research project. Up on arrival in Addis Ababa, the Ethiopian capital, my first task was to talk to Professor Hussein Ahmed, who has agreed to advise me during my stay and research in Ethiopia. As you may realize, I did the preliminary research last summer and my advisor was Dr. Jan Bender Shetler and I am still working on the research paper in close collaboration with her.

In Addis Ababa, I met with Professor Hussein who is currently the leading authority on Islamic studies in Ethiopia covers the relations between Muslims and Christians over the centuries. My meeting with Dr. Hussein was quite useful in that he appreciated the fact that we are focusing on ethnic peace but he was also cautious in giving me a word of advice on the sensitivity of the topic in light of recent events in Somalia and the Middle East. I also spent a few more days at the Institute of Ethiopian Studies Library reading on Harar and going through some of the newspaper’s reports on the January 2001 incident.

On January 19, 2001 the Orthodox Christians were out to celebrate Epiphany and were heading back to their respective churches with a procession whose center was the Tabot, a term Ethiopians use referring to the replica of the original tablet of the Law given to Moses on Mount Sinai. I have been able to get many accounts as to what happened on that particular day. However, the main the main objective of the research was to investigate why did not the conflict escalate into a large-scale intercommunal violence between the two religious groups in Harar? What mechanisms have prevented further escalation?

Having spent about six days in the Ethiopian capital, I left for Harar where I spent four weeks doing interviews and critical observations. Having arrived in Harar, my first task to go to the regional government office to notify them about the project and get the necessary research clearance. The regional office demanded a paper from the Ethiopian ministry of foreign affairs and I was able to secure that paper and started my research right away. I think that I had a productive four weeks in terms of getting voice from all walks of life; the voices range from romantic to extreme versions in interpreting the relations between the two communities. I have done 30 interviews, each averaging about forty minutes, and currently working on Amharic transcriptions and soon I will start English translations. Eventually my advisor and I jointly plan to publish a paper in an academic journal. I used the grant money to pay for my transportation, buying a digital recorder, transcription kit, and other necessary supplies and for accommodation. My advisor has also received a Fulbright scholarship and we are planning to explore more of Ethiopia in the summer of 2008.

This completed research has now been published in the Journal of Religion, Conflict, and Peace.