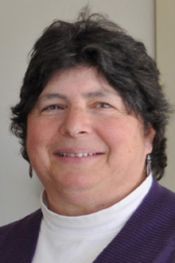 In the community of Nablus, Palestine, there exist several challenges to developing a culture of democracy and peace. Primary among these are the military occupation of the city and the West Bank by the Israeli army. This occupation brings with it military incursions (causing damage to property, injury and death to persons, and feelings of fear and resentment), curfews and checkpoints. In addition, especially in the aftermath of the 2006 election, the community is facing conditions of poverty and intra-communal conflict. Until the creation of the national unity government, the conflict between Fateh and Hamas nearly paralyzed the local governmental agencies that continued to operate in the limited political space carved out within the constraints of the occupation.

For a community activist committed to strengthening a Palestinian culture of peace and non-violence, this context created many challenges. Two particular concerns stand out: 1) Many Palestinian people in our community have begun to think of the concepts of ‘peace,’ ‘non-violence’ and ‘democracy’ as, in themselves, Western impositions. 2) Young people face particular risks. Men under the age of 35 are not allowed to pass through the checkpoints; some boys and men in Nablus have not left the center of the city for 3 – 4 years. The humiliations of the occupation, feelings of anger, frustrations about lack of economic opportunities and constraints on movement, leave many young people filled with rage and despair. They find themselves burdened with a sense of injustice, with no way of projecting themselves onto a local, regional or international stage. The hopelessness is damaging in itself, and, furthermore, makes young people vulnerable to the overtures of extremists.

In this context, we decided to undertake an action-research project designed to address both of these particular concerns. We committed ourselves to develop a community radio, and to document and reflect on the process. We aimed to document: 1) How, in an occupied territory, planning for and developing a community radio station can strengthen democratic practice and the capacities required for democracy and peace; and 2) How the principles and practices of democracy and non-violence embedded within Palestinian culture (as opposed to those expressions of these values that arose in the West) can inform the programming and practices of a community radio station and strengthen commitment to peace in Palestine.

Our research model was a cycle of planning/action/documentation/reflection. We carried out the work of seeking funding and a license of the radio station; recruiting and training community people to participate in the station as volunteers, advisory board members, broadcasters and researchers; and gathering indigenous Palestinian expressions of peace, non-violence and democracy that can be incorporated into radio programs.

In relation to creating the infrastructure for a community radio station in Nablus (i.e. seeking funds and a license), we learned a great deal about the opportunities and challenges of basing a peace and democracy initiative on the development of a radio station. Our biggest learning is about the importance to stay creative and persistent in the face of bureaucratic political challenges. We were very fortunate to receive a grant of $20,000 from UNESCO for the start-up costs associated with a youth-oriented community radio station. However, we needed to have a license in hand before they would release the funds. This proved to be very difficult, as the ministries from which we needed to receive the license had just taken over by Hamas ministers, who remained divided from the Fateh-appointed workers who staffed the ministries. We faced many obstacles – including the imprisoning of some of the Hamas ministers by Israel, a labor strike called by the Fateh workers because they were not being paid after funds were cut off by the EU and the US – that appeared to be insurmountable. Even when the national unity government was declared, the ministries refused to issue a license until PHF could give evidence that they had all of the equipment in hand. UNESCO, however, wouldn’t release the funds to purchase the equipment until a license was secured.

Our persistence has paid off, however. We finally received a temporary license in late February – after conducting “shuttle diplomacy” between Fateh functionaries and Hamas ministers. As of the writing of this report, we still are awaiting a final decision from UNESCO on the release of the funds. Throughout this process we have insisted on staying in relationship with all parties, and communicating to the authorities the wishes of the people. In this way, the securing of funding and a license has become, in itself, an exercise in democracy and an opportunity to practice the restraint required for building peace.

We were more successful in recruiting and training a team of community volunteers. A training workshop, convened over several days time, was attended by some 18 youth and young professionals. We voted on the name of our station, which will be Ajyaluna, or “Our generation” In these training sessions we laid the groundwork for a board of advisors, who will operate in a democratic fashion. They will begin to meet on a regular basis once the license for the station is secured. Participants in these workshops form the core groups of citizens prepared to advocate for permission and for funds to operate the radio station.

These training sessions were copiously documented, so that we could begin the process of gathering stories that explore the themes of peacebuilding and democracy. We also established creative writing sessions for younger participants. Their oral and written narratives will become the basis of programs once the station is on air. A sampling of the stories and poems can be found on the virtual resource center of the International Center of Ethics, Justice and Public Life at Brandeis University. www.brandeis.edu/go/createcoexistence Click on current initiatives.)

The Foundation acknowledges that Cynthia Cohen and Mohammad Sawalha have successfully completed their project.