Echar Lena al Fuego: Semi-Governed Spaces and the Proliferation of Violence in Colombia 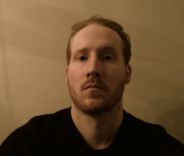 In recent years, international security experts have warned against the threat posed by ‘ungoverned spaces’, insofar as these swaths of territory existing beyond the control of any central government provide natural sanctuary to insurgents, criminals, and international terrorists alike. However, when the state expands into these ‘lawless zones’ in order to pacify them, the results are hardly the same across space and time. This state expansion will often witness a reduction in violence mirrored by an improvement in stability and order. Quite frequently however, violence will increase as stability and order worsen. The fact that state expansion into ungoverned spaces produces such different results across areas of extremely close proximity begs the following research question: how and why does this variation in violence occur?

My research focuses on a comparative analysis of three neighbouring municipalities in north-eastern Colombia: Arauca, Arauquita, and Saravena. Having served as a ‘laboratory’ for the Colombian government since 2002, while also home to various armed non-state actors, these case studies demonstrate the mixed results which accompany state expansion projects on a micro-level. In Arauca municipality, the incursion by the Colombian military witnessed a permanent decline in violent deaths, forced displacement, and kidnappings. However, Arauquita and Saravena experienced initial increases in the same indicators of violence, while ultimately experiencing no real improvement over the same period of time. Therefore, I hypothesize the reduction in violence was more a result of tacit understandings between actors over the division of space than the effectiveness of state expansion in establishing order.

The Foundation acknowledges that Charles Larratt-Smith has successfully completed his project.