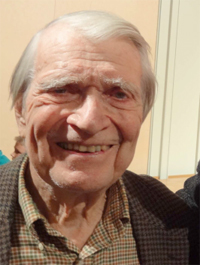 Born in Chambersburg, PA, October 9, 1924, died February 15, 2014 in Columbus, OH. Volunteered and served from 1943-46 in US Navy as a PBM Mariner patrol bomber radioman in the Pacific. Attended Ursinus College, Collegeville, NJ 1946-49 where he met Elinor Reynolds, marrying in 1948. Military service generated an interest in international relations and he continued his education with an MA from Johns Hopkins in 1950. After four years with the Navy as an intelligence analyst, returned to academia at Princeton, earning a PhD in 1957. Professor of political science at Northwestern University from 1958-71, distinguishing himself with study of the UN system and peace research. Alger joined the faculty of Ohio State University in 1971 as Mershon Professor of Political Science and Public Policy, continuing to teach and write for over 40 years. In addition to numerous books and over 100 articles on the UN System, peace building, and conflict resolution, he is a past president of the International Studies Association among many other organizational affiliations. He enjoyed Columbus culture, and cherished weekends with his wife  of 64 years at their farm in Gratiot, Ohio. In recent years he has enjoyed reunions with members of his PBM Squadron. Survived by children, Mark (Rebecca), Scott, Laura (Rich) Carter and Craig; and grandchildren, Ryan Alger and Chad,  Ross and Sam Carter.

Teaching/Research
Professor Alger’s research and teaching interests were centered on:

Subjects of his research have included decision-making in the U.N. General Assembly, the role of non-governmental organizations in the struggle for human rights and economic well-being, evolving roles of NGOs in U.N. decision-making, potential roles of the U.N. System in the 21st century, religion as a peace tool, the expanding tool chest for peace builders, and why the United States needs the U.N. System.

Selected Publications
Pioneer in the Study of the Political Process and on NGO Participation in the United Nations, (Springer Briefs, 2014)

The UN System and Cities in Global Governance, (Springer Briefs, 2014)

“There are Peacebuilding Tasks for Everybody” (International Studies Review, 2007)

“Peace Studies as a Transdisciplinary Project,” in Handbook of Peace and Conflict Studies, ed. by Johan Galtung and Charles Webel (Routledge, 2007)

“Widening Participation,” in The Oxford Handbook on the United Nations, by Thomas G. Weiss and Sam Daws (Oxford University Press, 2007)

The Future of the United Nations System: Potential for the Twenty-First Century, ed. for the International Peace Research Association (United Nations University Press, 1998)

You and Your Community in the World, co-authored with David G. Hoovler, (Columbus, OH: The Ohio State University, Consortium for International Studies Education, 1978)

The Use of Private Experts in the Conduct of US Foreign Affairs, Ph.D. Dissertation, Princeton Univ., 1957)

Mershon Projects
The United Nations System, with particular interest in providing an overview of its emerging roles in long-term peace building and the growing participation of civil society (including non-governmental organizations), local governments and business.

Peace Studies as a Transdisciplinary Project, an effort to provide a comprehensive overview of growing knowledge about strategies for preventing violence, for post-violence peace building, and for long-term peace building. One goal of the project is to illuminate the fact that “there are peace tasks for everybody.” 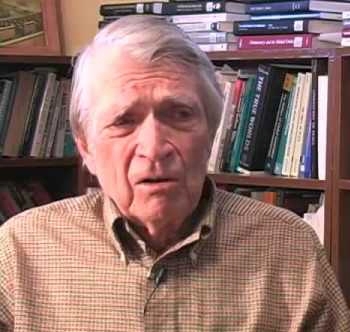 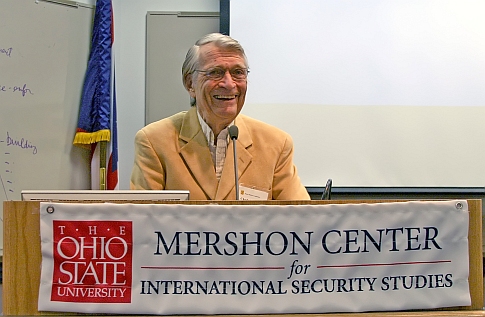 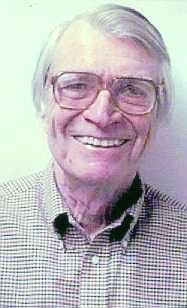