Rethinking Indigeneity in Postcolonial Africa: Nomadism, Autochthonism, and Ethnographies of Peace and Conflict in Northern Nigeria 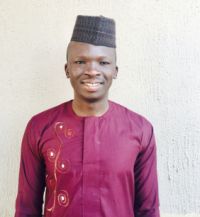 This exploratory case study examines farmer-herder conflict in Northern Nigeria with a view to discussing aspects of a broader precolonial, colonial, and post-colonial African crisis bordering on claims to Indigenous and autochthonous rights, and exploring critical and emancipatory peacebuilding approaches. Tensions arising from claims to opposing notions of indigeneity have contributed to conflicts in several parts of Africa. The conflict between the farmer (perceived as autochthonous-indigene) and the herder (recognized as settler-indigene) in Nigeria offers a significant context to explore the stakes of this violent phenomenon.

While scholarly attention on the farmer-herder conflict has mostly emphasized issues of migration, territoriality, climate, change, cattle rustling, and religious sentiments, scant attention have been paid on how each group (farmers and herders) idealize and politicize their relationship to land in a post-colonial context. Therefore, this study will explore and interrogate the dynamics of the farmer-herder conflict in Northern Nigeria mainly from the perspectives of contested notions of belonging and ownership to land. By doing so, I will highlight both group’s ideological position on the nature of the crisis and their resources for peacebuilding. By focusing on the groups’ notions of peace and conflict, I will also be underscoring the goal of “critical and emancipatory peacebuilding” theories, which examine how agents involved in disputes over conflicting ideas of indigeneity advance their own approaches to peace, resilience building, and problem-solving during conflict and in its aftermath. In particular, Fulani’s resources for peacebuilding will help to challenge and transform the prevailing stereotypical understanding of the group, which hinges on a perceived inherent violent traits. The study will use a critical qualitative research (CQR) methodology including critical ethnographic and narrative inquiry methods of data collection to probe the tensions between autochthonous (farmers) and nomadic (herders) notions of Indigenous belonging and to examine herders’ notions of peace and conflict. Data will be analyzed using a set of procedures including inscription, description, transcription, tidying up, coding transcripts and notes from observations, and interpretation. This approach will generate themes that will not only challenge prevailing assumptions about the causes of the farmer-herder conflict, but will also underscore the nature of intercommunal crisis in post-colonial Nigeria.