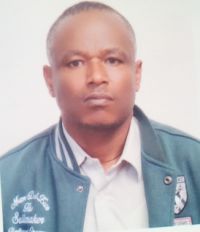 Ethiopia is one of the oldest and most populous nations in Africa inhabited with multiethnic and culturally diverse communities. These culturally and linguistically diverse communities constituted “Greater Ethiopia” for centuries under imperial and unitary regimes. However, since the 1991 regime change under the leadership of Ethiopian Peoples Revolutionary Democratic Front (EPRDF), that ousted the socialist unitary regime, the Ethiopian State was reformed into ethnic federalism. The country was restructured into a federation of nine ethnic based regional states where each regional state is named after a single ethnic group. This move has consolidated ethnic consciousness, and ethnic identity has come to be the major source of social conflict and political alignment.

Amhara Regional State is one of the nine ethnic based states named after ethnic Amharas who constitute the majority of the region’s population. The Kemant are an ethnic community residing in the North Gondar Administrative Zone of the Amhara Regional State. They are highly integrated with the Amhara community and their difference is barely noted until 1991 when ethnic federalism was adopted as the official state ideology (FDRE, 1995). For centuries, the two communities have coexisted side by side peacefully and they have been intermingled with marriage, religion, social and economic interactions. Since the mid-2000s, however their relationship has been characterized by recurrent conflict and violence. Given that the two communities have coexisted peacefully for centuries in integrated villages, this project aims to examine the causes of recurrent conflict and violence between two ethnic communities and suggest strategies that would help in promoting non-violent ways of conflict management in the area.

Bekele Melese is an Associate Professor of Sociology at University of Gondar, Ethiopia. He holds a Ph.D. in Sociology and MA in Regional and Local Development Studies from Addis Ababa University.  He has more than 16 years of experience as an academic, researcher and consultant. He has been teaching several courses in sociology including social research methods, social Policy and Planning, political sociology and social movements, and urban sociology and governance both at graduate and undergraduate levels; advised many graduate students on several topics including urbanization, housing, employment, food security, migration, and health related topics.  He has been serving as head of the department of sociology for two consecutive terms and as head of social sciences and the humanities research centre.

The Foundation acknowledges that Bekele Melese Eshete has successfully completed his project.