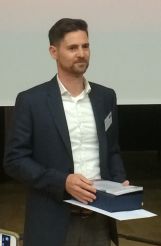 This project advances evidence-based insight into the critical (but under-researched) field of humanitarian negotiations to reduce the impact of armed conflict on civilians and enhance prospects for peace. Specifically, it has the following objectives:

Gaining access and protecting civilians affected by armed conflict is among the greatest challenges facing humanitarian actors today. Negotiating this access with armed groups is critical for humanitarian operations around the world. Yet, humanitarians are seen to have little influence over the outcome of negotiation, and are therefore regularly forced to concede some or all of their demands. Such negotiations, therefore, all too often result in poor, compromise deals in which humanitarian actors may be forced to forego access to one group in exchange for gaining access to another, or may withdraw from negotiations entirely when proposed trade-offs become too costly.

Nevertheless, humanitarian agencies frequently negotiate successfully with armed groups in many contemporary armed conflicts. But the process of humanitarian negotiations is under-documented, largely due to a lack of negotiating culture within the sector and the confidentiality required by those involved. Many agencies avoid negotiation due to limited resources and skills, out of distrust or fear of armed actors, or because of restrictions or fear of repercussions by host governments or donors under counter-terrorism legislation. The strategies of aid agencies are consequently often inconsistent or in competition with one another. Further, due to confidentiality and operational sensitivities, negotiators rarely share lessons with a wider community, and most exchanges take place bilaterally or within agencies – if at all.

So severe is this knowledge gap that a 2013 report to the United Nations Security Council by the former Secretary General notes,

Further research is needed to better understand how humanitarian actors are engaging with non-State armed groups at different levels, in different places, at different times and for different purposes. More work must also be done to understand the role that the United Nations, donors and other actors can play in providing leadership and support for effective and sustained engagement (S/2013/689, para 42)

Although policy guidance does exist that applies to humanitarian negotiations, these documents are based largely on anecdote and practitioner experience, rather than rigorous research and analysis. They are also now more than a decade old and do not adequately capture the changing nature of conflict or of the humanitarian sector itself. Further, these policies largely address only the face-to-face component of a negotiation rather than the broader process of pre-negotiation through to implementation and the maintenance of agreement. There is thus a need for rigorous analysis of the process of humanitarian negotiation to refine both theory and practice.

As the poorest country in the Arabian Peninsula, Yemen has been beset by more than a decade of armed conflict, and offers a unique and important environment in which to undertake this research into humanitarian negotiations. The country has seen conflict evolve from localised civil unrest in 2004 to now involve a multitude of national and international factions. Armed conflict now spans virtually the entire country, and as a result the humanitarian situation facing Yemenis is dire. More than two-thirds of the population of Yemen (19 million people) is estimated by the United Nations to be in need of humanitarian assistance (May 2017), with the world body warning of famine and total economic and social collapse if the war continues unabated.

Access constraints are also a key feature of the humanitarian landscape in Yemen. Systematic UN-led humanitarian negotiations have been ongoing since 2010 with all parties to the conflict, and despite humanitarian operations being carried out in an active war zone in which 10,000 civilians have been killed, the UN estimates that more than five and a half million Yemenis were reached with humanitarian assistance last year. Yemen therefore represents a unique case study in which the humanitarian access environment has evolved over more than a decade. A comprehensive study of this distinctive and evolving negotiating environment has not, however, been carried out to-date.

Myanmar’s enigmatic and isolated northern regions have long-been off-limits to foreigners. Bordered by China to the east and India to the west, resource-rich Kachin State has been the backdrop of a protracted civil war between local rebels and the central government for more than a half century, making it one of the world’s longest-running conflicts. Unchecked exploitation of natural resources – mostly smuggled to China – has enriched elites on both sides of the struggle, but provided few benefits to the region’s peoples. A 17-year ceasefire gave way to renewed fighting in mid-2011, and Kachin and neighbouring northern Shan State have seen continuous clashes ever since. Notably, the new northern war began within months of the country’s political transition to nominally civilian leadership. And Despite Myanmar’s own brand of rapprochement embodied in the 2015 landslide victory that brought to power the party of Nobel Laureate, Aung San Suu Kyi, fighting in the northern borderlands has progressively worsened over the last six years.

The struggle between the Myanmar Armed Forces and the northern ethnic minority rebel group, the Kachin Independence Army (KIA), has seen routine human rights violations by both sides, and the displacement of around 100,000 civilians. Local aid groups have been providing humanitarian assistance since the first days of the re-ignited civil war, but face severe capacity and resource constraints. International humanitarians, however, confronted by a plethora of access challenges, have been forced to engage in protracted negotiations with all parties to the conflict in an attempt to reach civilians in need – with mixed results.

This project has five main objectives. First, it seeks to document the approaches to humanitarian negotiation with armed groups that have proved effective in each context. Second, it will identify opportunities where humanitarian negotiations with armed groups in Myanmar and Yemen could have been brought about better negotiated outcomes. Third, it will identify implications of the research for both policy and practice, through which humanitarian actors and negotiators can improve their likely outcomes from negotiating with armed groups in each conflict and elsewhere. Fourth, this project seeks to reduce grievances, build trust, and improve compliance with International Humanitarian Law by parties to the conflict. And sixth, it hopes to provide avenues for furthering the peace process in each country.

Ashley Jonathan Clements is a PhD candidate at the Asia-Pacific College of Diplomacy at the Australian National University (2016-present). His research focuses on humanitarian negotiations with armed groups and was awarded Young Researcher Prize (first place) at the 6th International Biennial on Negotiation (16-18 November 2016) at the Novancia Business School, Paris, France. Ashley has spent more than a decade working in humanitarian crises with international NGOs and the United Nations. He has been involved in a number of access negotiations, and has field experience from Yemen, the Horn of Africa, the occupied Palestinian territories, and Haiti, among other countries. Ashley was also named an “Adventurer of the Year” by National Geographic Adventure Magazine (2009) for his humanitarian work.

The Foundation acknowledges that Ashley Clements has successfully completed his project.