Promoting social cohesion and peace through policies of inclusion: A comparative case study of refugee education in Lebanon and Turkey 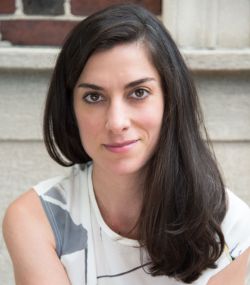 Over the past decade, the global forced displacement crisis has accelerated in scale and complexity reaching an estimated 13.6 million people newly displaced due to conflict or persecution in 2018 (UNHCR, 2019). Of the 25.9 million refugees globally, over half are children under the age of 18 (Ibid.). As a result of discrimination, exclusion, and lack of resources, refugee children are five times less likely to attend school than host country children (Save the Children, 2018). In an effort to support refugee learners, there has been a radical shift in global policy from segregated schooling that prioritizes repatriation (Waters & LeBlanc, 2005) to the integration of refugees into national education systems (Dryden-Peterson et al., 2019). The rationale for this policy shift includes the protracted situations that refugees increasingly experience, the opportunity to strengthen host country education systems, and to "create conditions conducive to conflict mitigation and prevention" in ways that counter racism, xenophobia, and related intolerance against refugees and migrants (UNHCR, 2019). Despite the growing body of work on the complex relationships between education and conflict including the negative impact that education can have on conflict (Bush & Salterelli, 2000; Smith, 2011) and the growing recognition that education policy must be conflict sensitive (INEE, 2012), there is little research on the ways that policies aiming to include refugees in national systems consider social cohesion and peacebuilding.

Given the increasingly protracted nature of conflict-induced displacement and the prospect of increased global migration due to climate change, this work seeks to understand how education systems accommodate refugee learners in accordance with the global policy shift toward inclusion of refugee students in national education systems. This study contributes to the ongoing dialogue around global education goals and the complex relationships between education and conflict.

Arianna Pacifico is a doctoral student in International Comparative Education at Teachers College, Columbia University. Her research is focused on refugee education policy, teachers in crisis contexts, and the relationship between education and conflict. Arianna previously coordinated the Standards and Practice Working Group at the Inter-Agency Network for Education in Emergencies (INEE), which provides technical expertise and fosters inter-agency collaboration between 25+ working group member organizations. Arianna holds a MS in Global Affairs from New York University and a BA from Reed College.