How have some villages remained peaceful in violent-prone areas? The role of local administrators in post-coup Myanmar 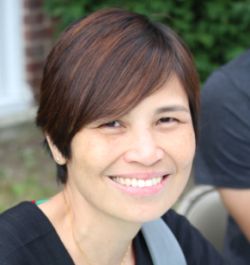 This research will analyze how Myanmar’s February 2021 military coup transformed the nature of the country’s ongoing civil war and affected the existing level of intercommunal and state-societal conflict and violence. It emphasizes the state’s varying relationships with regional and local governing authorities as well as the relationship between local governing authorities and local populations as a key to understanding how and why the nature and degree of violence changes and varies across place and time. It will particularly focus on the role of local village and urban ward administrators, who occupy the lowest rung of the Myanmar state’s administrative ladder, to provide explanations for urban wards or villages that remain relatively peaceful in hostile regions. This project addresses the goals and mission of the International Peace Research Association Foundation by providing a more comprehensive understanding of the root causes and evolving nature of violence and attempts to identify some structural conditions as well as local initiatives that can be attributed to prevent the escalation of violence in conflict affected areas. This project is an extension of an ongoing research in Myanmar which monitors the evolving socio-political situation in various parts of the country since the military coup.

Ardeth Maung Thawnghmg is Professor of Political Science at the University of Massachusetts Lowell. Her areas of expertise are on comparative political economy, ethnicity, and Myanmar/Southeast Asia. She has published five single-authored books, one co-authored book (2022, Cornell University Press), and has been the recipient of many prestigious research awards including those offered by the Fulbright Public Policy Fellow, the Fulbright-Hays Faculty Research Abroad Program, United States Institutes for Peace, and the Danish Institute for International Studies. She has received competitive research fellowships at the Asian Research Institute (Singapore), the Institute of Southeast Asian Studies (Singapore), the East West Center (Washington DC), and the Australian National University (Henry Luce Foundations).