A study of the Transitional Justice Process in Nepal: Narratives of the Victims 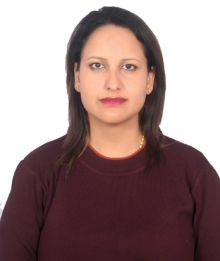 The ten years of armed conflict (1996-2006) between the then Maoist Party of Nepal (CPN-Maoist) and the Government of Nepal ended with ‘The Comprehensive Peace Agreement’ signed on November 21st, 2006-which pointed out the urgency of establishing the transitional justice system within 6 months of signing of the agreement to address the victims of a decade long armed conflict. While the two commissions– ‘Truth and Reconciliation Commission (TRC)’ and ‘The Commission on the Investigation of Disappeared Persons (CIEDP)’ were formed only after 8 years on August 2014. In these five years 60,000 cases in TRC and 3,093 cases in CIEDP has been registered, consultations for the new bill to amend the Truth and Reconciliation Act has been conducted as the earlier bill was criticized to have been brought without any consultation with victims and being in favor of amnesty- which had the landmark Supreme Court order in February 2015 rejecting the possibility of amnesties against the perpetrators of serious human rights abuses during the insurgency.

In this context-victims, human rights organizations and peace building organizations are still skeptical if victims would ever be addressed by the government and if the commissions would really work according to its objectives, and if the transitional justice process of Nepal would be bottom up (victim-centric) or elite-centric top down approach?

In many of the agreements that formalized the peace process, including the Comprehensive Peace Agreement (2006) and the Interim Constitution (2008), the parties to the conflict pledge to address the victims of the conflict. However, at present the whole process of Transitional Justice in Nepal is critiqued to be elite centric, state driven political motive which raises the questions in the present whether it will follow the bottom up approaches in dealing with the past to build a peaceful future? Or the top down approach just to tick the process off the list in the peace process?

In this context, the proposed research aims to study the transitional justice process of Nepal, its approaches, and how do those approaches addresses the victims of armed conflict in Nepal. This research further aims to document the narratives of the victims in a form of ethnographic research report and later would like to develop an info graphics video to present the findings of the research which will be a testimony of a transitional justice process of Nepal. The findings will be shared with policy makers, civil society (peace building and human rights organizations), academicians and public at large within Nepal and abroad in order to promote positive and sustainable peace.