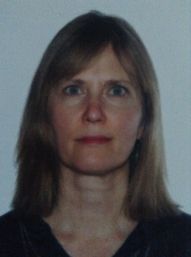 If you are stuck in a refugee camp in a foreign country for 20 years, how do you build an organization that helps your community to survive and transform despair to hope for the future? My research looks at how refugee women’s organizations, with the assistance of governmental and non-governmental organizations, develop international diaspora and refugee networks for positive social change despite the overwhelming challenges of life in refugee camps. Most studies on women conflict refugees look at the violence, discrimination, and human rights abuses that female refugees face seeking to draw attention to the gendered impact of war and armed conflict and the need for gendered humanitarian assistance. However, in these studies, the agency of women who are in exile for decades, wharehoused in refugee camps, is often obscured. My research brings to light the capacity of women exiled during decades of intractable conflict for transnational activism.

With the IPRA Foundation’s grant, I interviewed leaders, past and present, of the Women’s League of Burma (WLB) in Yangon, Myanmar. Myanmar’s recent movement towards a peaceful and democratic society provide an incredible opportunity to learn about the role that diasporic networks play. WLB is a grassroots network of thirteen ethnic women’s organizations formed in 2000 on the Thai/Burmese border in refugee and migrant worker camps; exiled women from Burma united around their experiences of gendered conflict, bridging differences successfully. The WLB is one of three case studies in my multi-site study of transnational bridgebuilding, a peacebuilding capacity thought to be unique to diaspora. Transnational bridgebuilding is the capacity to build and sustain networks across geographical, social and political boundaries with the aim of bringing about nonviolent social change (Snyder, 2011). My study of the Sudanese Women’s Voice for Peace, Kenya and the Tibetan Women’s Association, India shows the strategic importance of both governmental and non-governmental support for women’s transnational networks, specifically, support facilitating contact between refugee diaspora, i.e. resettled refugees and refugees in camps, and country of origin women’s organizations interested in conflict transformation. This type of focused networking assists transnational bridgebuilding and the capacity of diaspora to contribute to social change during protracted conflict.

In Myanmar I found first, that WLB plays a key role in the women’s movement in Myanmar and has had a critical role in women’s inclusion in the peace process to date. WLB provided and continues to provide political leadership and visibility for women’s issues inside Myanmar. Local women’s organizations advocated for traditional women’s issues, avoiding politics for fear of the military’s power. As such, WLB’s fearless advocacy for gender inclusion, for accountability, for federalism – all by political means – has filled an important gap in Myanmar. Moreover, because WLB is an umbrella organization consisting of ethnic women’s organizations, they are trusted by the seventeen Armed Ethnic Organizations (AEO) involved in peace process. As a result, when the AEOs are pressured –primarily by international donors-to include women at the peace table, the AEOs invite WLB to participate. This has given WLB leaders both skill and confidence in gender advocacy in the peace negotiations. It was the WLB that successfully lobbied for a 30% gender quota in the constitution. Additionally, WLB provides technical assistance and training for EAO female representatives. For example, in 2015, at the Armed Groups Summit in Lawkhee La, a dozen women showed up at their own cost, ready to offer technical and logistical support. At first ridiculed, the women gained the respect of the UN representatives, passed out 300 “No Women, No Peace” t-shirts, and spoke to the media. Additionally, WLB has “been happy to share information and skills” with Myanmar women’s organizations by sharing how to work with international partners to obtain international attention and funding, and by sharing their contacts, putting new women’s organizations in touch with potential funders and other international resources. Interviewees maintained local ethnic women’s organizations know that as they push at the policy level to make and draft laws that they are not alone, they now have strong women networks and alliances that “can bring strong and loud voices to be heard.” Finally, WLB leadership training has resulted in a cadre of well-trained, skilled, confident young leaders. One interviewee felt the training and experience she had obtained through WLB gave her an advantage over male EAO representatives because she has had a chance to study peace processes; “I know theory” she said.

The Foundation acknowledges that Anna Snyder has successfully completed her project.