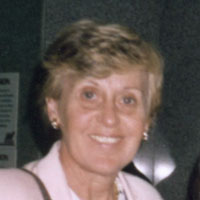 PROBLEM: Since 1999 the Municipality of Rosario, Argentina has been developing the program Give Peace a Chance in the framework of the Hague Appeal for Peace Global Campaign for Peace Education. This project, an initiative of the Educating Cities Latin American office coordinated by the youth department, was designed to observe the games and toys used by children and young people in two Latin American cities, Rosario, Argentina and Montevideo, Uruguay, to reflect on the violence in them, and to determine if games and toys promote ideas, behaviors or attitudes towards structural or direct violence or on the contrary, promote peace.

Games and toys play a fundamental role in child development. Some toys pose emotional and social risks. Graphic depictions of violence presented in an interactive way, such as computer or video games can lead to acts of violence by the child. Toys (especially dolls, puppets and video games) also reproduce social roles and determine what is expected of certain groups in society. These roles implied in toys, plus the impact of the media and the roles portrayed in TV shows and movies make certain attitudes appear as desirable or good, when sometimes they are not. Violence and death appear many times as something common and natural. Research supports that exposure to violence in media and toys can have a negative impact on children’s learning and development and can lead to harmful consequences.

RESEARCH METHODS: Observations were conducted in Rosario, Argentina and Montevideo, Uruguay. 920 surveys were completed that looked at the connection between violence and toys. 429 of the surveys were completed by children up to 14 and 491 by adults. The study placed toys into three categories: Explicitly Violent –War Toys, Implicitly Violent Toys-Ambiguous or not yet determined, and Peaceful.

RESULTS: Children up to 5 years old play less with those toys considered as violent and more with and much more with peaceful toys. They are not familiarized with video games, violent movies and violent toys. Children 6 to 9 start becoming familiar with violent toys through TV programs and marketing, but the still prefer soccer, construction games, cars, trucks and all kinds of vehicles. Only 13 of 403 games mentioned were explicitly violent. In the age group 10 to 14 only a very small number of explicitly violent games were mentioned. 4 out of 835. We can conclude that fewer children than expected play with explicitly violent toys as know traditionally, always very few at all ages.

The Foundation acknowledges that Alicia Cabezudo has successfully completed her project.

This website uses cookies to improve your experience while you navigate through the website. Out of these, the cookies that are categorized as necessary are stored on your browser as they are essential for the working of basic functionalities of the website. We also use third-party cookies that help us analyze and understand how you use this website. These cookies will be stored in your browser only with your consent. You also have the option to opt-out of these cookies. But opting out of some of these cookies may affect your browsing experience.
Necessary Always Enabled
Necessary cookies are absolutely essential for the website to function properly. This category only includes cookies that ensures basic functionalities and security features of the website. These cookies do not store any personal information.
Non-necessary
Any cookies that may not be particularly necessary for the website to function and is used specifically to collect user personal data via analytics, ads, other embedded contents are termed as non-necessary cookies. It is mandatory to procure user consent prior to running these cookies on your website.
SAVE & ACCEPT
Peace Research Grant Applications are now open and will close August 31, 2022