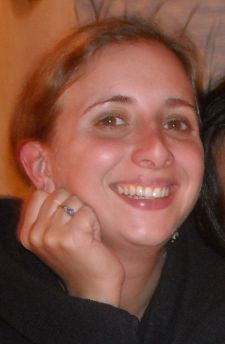 Please click on the PDF links to see Alayna’s beautifully formatted report and photos.  The text is reproduced below without photos, but does not do her remarkable work justice.

The project Collective Photographic Memory of the Surviving Achi’s, was created to collaborate with the remaining survivors of the Internal Armed Conflict, in the geographical location of Rabinal, Guatemala. During the civil war over 250,000 people were killed or disappeared, the war lasted from the 1950’s to 1996 and concluded with the signing of the Peace Accords. This project aimed to investigate the inner workings of the massacres that occurred during the bloodiest years of the conflict (1980-1983). We worked with 108 families in the town of Rabinal during a 9 month term, in attempt to construct a cohesive collective memory of the peace building practices within the local political leaders and indigenous population. Alayna Wool collaborated with the Association of Justice and Reconciliation (AJR) and carried out the research which is out-lined within these pages. The basis of the project was rescuing photographs that have not been seen by family members in over 28 years, this reunion fostered a sense of relief and hope within the people that peace will be obtained. A public display of this content within the town, demonstrates that truth has been revealed to secure an ideology of ‘no repetition’. This information is based on firsthand accounts and witnesses who participated in the project, in an attempt to construct a community consciousness of their past, with intent to reiterate the necessity of justice and reconciliation by seeking to create peace within this region.

Rabinal lies in the valley of Urram, about four and a half hours north of Guatemala City, in the department of Baja Verapaz. The center of town is surrounded by mountains on 360 degrees, where villages are located, this is where our work took precedence. The population is about 36,000 people and the land covers about 504 square kilometers. Rabinal is a very temperate, dry climate, during the months of May through November, their is a rainy season which brings heavy rains for the crops and the milpa a corn, squash and bean combination grown. During the holiday season a cold spell usually comes through and for the rest of the year it is quite sweltering. Due to the construction of adobe houses, an all natural construction of mud and straw, the people are able to stay cool in the heat of the day.

We worked within seven communities, which were the most affected during the civil war, you can see red arrows pointing to them on the map at the right. These are the communities where we concentrated our work and the tiny green spot in the middle is the town center of Rabinal. On average, a community takes 40 minutes to reach in the back of a pickup truck, the easiest way to get around.

The project proposal outlined the work which was created on behalf of the survivors needs. To adhere to the integrity of the work we facilitated workshops to hear the peoples voices, what their observations were, in order to complete the work in a way which was 100% beneficial to their needs. Many believe, that the wars initiation was in great part due to the interven-tion of the interest of the United States and the United Fruit Company. The interaction of a foreigner’s role in the project brings many benefits to the arena, however, great sensitivity of the content is necessary to adhere to, for the success of the project. Thus as the project developed, we were always guided by the needs of the community, creating a body of work that was facilitated by the Documentation Team in collaboration with the survivors. The nature of this collaboration provided the basis for a strong foundation, and a result upheld by the peoples pride and support.

To publically display a photographic mural depicting the violent history of the attempted genocide in the town of Rabinal, with images of rescued photographs which had not been viewed in over 28 years. The fact is that there was no photographic archive of the innocent indigenous victims killed by the military during the civil war. In Rabinal, Guatemala people had little to no documentation of their lost family members; their faces lived no, only in the survivor’s memory. The innovative element that surfaced with the completion of the work,is that the indigenous survivors have documentation, a compilation of testimonies and photographs of what transpired during those horrific years. The installation of the montage integrated an educational display of the cultural values, traditions, spirituality, tradgedies, hopes and dreams to enable visitors to gain insight into the reality of the history of the town of Rabinal.

The investigation of the work was devised of a team of four members which performed the individual interviews, house visits, workshops and photographing on a case to case basis. Implementing the theory that each persons individuality should be valued to the umpteenth extent. We went through all the necessary procedures to insure accuracy and decency of the content exhibited. The documentation team was compiled by:

Alayna Nicole Wool- BFA, Maryland Institute College of Art, Project Coordinator. Responsible for all data entry, design and photography, as well as, the implementation of the overall integrity of the projects completion.

Lucia Tecu Alvarado- Survivor of Xesiguan/Pichec, President of the Association for Justice and Reconciliation. Responsible for all legal binding activities and community involvement.

Mario Rojas Osorio- Survivor of Rio Negro, CALDH regional director. Responsible for all data intake from the communities and comprehension.
*names have been changed for security reasons

To implement the design we used a method sensitive to the participants requests, in an attempt to withhold the integral essence of the work by fusing art, history and technology. This idea was well founded on truth and the voice of the indigenous Achi population. The design was a challenge to unite the facts of the scorched earth campaign, as told by the survivors. The memories which lived on in the peoples”s minds were hard to hear and hard to convey in a tactful manner. As a designer, there was a strong determination to be responsive to the wants of how the population desired their voice to be portrayed in the output of the design content. Thus resulting in a well founded integrally composed design, to be publicly displayed on the outer wall of the local cemetery otherwise known as campo santo. We included high definition photographs to accurately portray the events that were conveyed to us in Phase 1 creating a flow which can been seen in the presentation. The material we used for the installation, was a vinyl that is specially created for a exterior rough surface that is heated at 1200 degrees and adhered with special rollers to bind the material to the wall.

With the information acquired during the above mentioned investigation phase, the second phase of the project was able to commence. During Phase II, all of the material we were able to collect was compiled by the Documentation Team to construct a cohesive collective memory of the tragic events that transpired during the mentioned years. The participants were all very active in the process of voicing their opinions to formulate a plan, to have peace transpire through the ongoing work that they do with the Association of Justice and Reconciliation (AJR). AJR is taking these suggestions into account while working their annual plans. In one of the communities we worked in, Plan de Sanchez we reported to the UN the ruling by the Interamerican Court in 2003 has not been fulfilled to date. Psychologists have not visited, the chapel the state was ordered to construct was left halfway done and a health plan has not been put into effect. When the Documentation Team met with the United Nations, Guatemala (OCNADUH) we realized that they had been notified that all victims had been given reconciliation and housing to compensate for their houses that were burned down. However this is not the reality, through the workshops and house to house interviews we conducted we were able to see that the rulings had not been carried out and we therefor provided the UN with the current status of the communities in Rabinal.

During the 3 months that we were working in the field we were able to put together the most complete list to date of more than 2000 names of the people who were killed in the various massacres. We rescued approximately 800 photographs which were implemented into the Photographic Montage in the town of Rabinal.

With the construction of the Photographic Montage we were able to gift every participant with a photograph (8×10, framed) and complete an evaluation of the 7 communities that we worked within. The results of the evaluation, which we documented in Spanish (translation provided upon request), are the following:

The project has had a multiplying effect on surrounding regions within Guatemala, which were also severely affected by the Internal Armed Conflict. Other communities have requested the replication of the work in their towns. A grant has been secured through the Association of Justice and Reconciliation and Project Consulting Services (PCS) to systematize all the information compiled during the investigation phase, in order to create interactive educational DVDs which can be sent to museums, schools and other vicinities that request information about the project. We will be using the information to create informative brochures thereby increasing visibility of our work and in turn increasing consciousness to the events that tran-spired during the genocide. The Documentation Team will also be conducting four diagnostics in the towns of Nebaj, Choatulum, Ixcan and Huehuetenango to investigate the feasibility of replicating the work in these areas of Guatemala. Cur-rently, in February 2011 we gave a presentation on the work in San Juan, Puerto Rico and have an additional presentation scheduled for March 2011 at the University of Sacred Heart, San Juan, Puerto Rico. We are continuing the impact of our work by coordinating with other organizations and schools that can help us further the voices of the survivors.