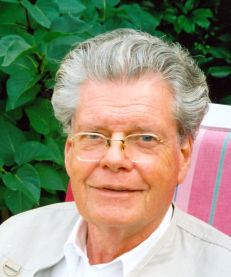 Pioneer: A Swedish Professor in Pedagogy dedicated to Peace Education  1930-2013

by Staffan and Sven Bjerstedt

Åke Bjerstedt was born in Ystad, Sweden, on April 10, 1930 and passed away in Malmö on September 24, 2013. He was appointed reader (docent) in psychology at Lund University in 1956 and professor of education at Malmö School of Education in 1962.

Malmö could hardly have found a more diligent professor. During his years at the department of education and psychology, far more than 2000 research publications were issued there, many of which were written by him. The library data base Libris lists more than 450 publications by Åke Bjerstedt. They regard several fields of research: studies in sociometry during the 1950s; new educational technology during the ’60s; research in creativity as well as school democracy issues during the ’70s; and large-scale projects in the fields of preparedness for the future and peace education during the ’80s and ’90s. In addition to this, Åke Bjerstedt published handbooks in academic writing as well as extensive bibliographical documentation of Swedish research in education and psychology.

This exceptional productivity was paired with a life-long devotion to peace education. In the 1950s Åke Bjerstedt conducted studies regarding the Children’s International Summer Villages as a path towards global solidarity and understanding. In 1963, he was there among the people in Washington when Dr. Martin Luther King delivered his speech, “I have a dream”. During the first part of the 1990s, Åke Bjerstedt was the coordinator of the Peace Education Commission. Even a few months before his passing, he strived to familiarize himself with new literature on peace education.

His matchless academic achievements notwithstanding, Åke Bjerstedt’s personal appearance was unassuming. His capacity for steady, purposeful work could perhaps appear unattainable to some of his colleagues and students. It was, however, greatly inspirational. Åke Bjerstedt supervised about fifty doctoral students who have testified to his great tolerance, curiosity, sharp-sightedness, and strong trust in everyone’s own ability.

Åke Bjerstedt’s long and versatile work has left an important imprint. His most valuable and enduring gift to us permeated both his professional and personal life: his light, confident outlook on life and on the possibilities and potentials of human beings in togetherness.

Emeritus professor Åke Bjerstedt, world citizen and peace researcher, has left us. He accomplished a large work capacity at an early age and completed his PhD when he was 26. Åke was appointed as the first professor in pedagogy at the Malmö School of Education, Lund University, Sweden when it was founded in 1962. He developed the Department of Educational and Psychological Research from its inception and succeeded in acquiring research funds in the area of practical pedagogy and remedial teaching. Research projects about teaching language and mathematics contributed to the improvement of teaching in schools as did grants for projects about social development in school, creativity, student democracy and students’ influence and participation.

His own research showed a great of variety, both with regard to volume and content. In 1995, the year of his retirement, the computer register of LundUniversity library showed more than 300 publications written by him, and beyond that he published articles in journals and in anthologies. Åke also served the research community in the field of education through documentation of research, reviews about scientific literature, and compiling bibliographies.

In later years he spent more time on the research that meant most to him, viz. preparedness for peace and for the future, peace education and world citizenship. This research interest did not keep Åke from participating in everyday life, which showed in his commitment to international child villages.

Peace research was part of a large international network which to a major part was developed through various initiatives taken by Åke. His contribution to peace education is unique.

During one of his research trips to the US, Åke had the opportunity to be one of the crowd of people in Washington at the Lincoln Memorial, who almost exactly 50 years ago listened to Martin Luther King’s famous speech: “I have a dream …”.

As a supervisor he showed confidence in his many doctoral students. He was broadminded and had a deep trust in the capacity of research students to work and think on their own.

This man had another side as well. He had a humoristic talent that came out at celebrations. We were always waiting for Åke’s subtle speeches and handing out of funny gifts he had bought in different places in the world. These were times of real enjoyment during festivities in our Department!

Åke Bjerstedt was a champion of tolerance and a man of peace.  He never emphasized himself, but he had a lot to teach us, students and colleagues, both as an educational researcher and as a human being. We are many who think of him with gratitude.

reprinted with permission from Irene Andersson

As historians interested in peace education it is impossible not to come across the work of the Swedish professor Åke Bjerstedt and his importance in this field. He was born in 1930 and defended his thesis in psychology in 1956. At first he was associate professor at University of Lund but from 1962 he was appointed professor in pedagogy at Teachers Education in Malmö. Today over a hundred different publications on peace education – Peace Education Miniprints and Peace Education Reports – can be found on the bookshelves in the library of this university. In the basement a personal archive is kept including a huge amount of boxes with letters, reports and research material. This well kept archive from 1962-1998 and publications from 1977 to 2001 provide a goldmine for historical research on the development of Peace Education; whether it concerns national or international studies on the change of concepts and issues, attitudes and values, networks and teaching material. And for many of these years – a cold war spirit is present.

An important declaration concerning education and international education was elaborated by UNESCO’s Recommendations concerning education for international understanding, cooperation and peace, and education relating to human rights and fundamental freedoms in 1974. During the following years some conferences were held where education on human rights (1978) and disarmament (1980) were central issues and had great impact on the development of peace education in the Swedish schools. This impact is obvious in the publications of the Swedish National Board of Education published in the middle of the 1980s. One important book was “Teaching for peace – some reflections on peace oriented activities in schools – needs, problems and possibilities”, 1985, by Åke Bjerstedt.

The titles of publications from 1977 the name of Åke Bjerstedt provide an image of fear for the future with peace education as a tool for action against this fear. It starts with a cautious approach “Towards peace education”, and continues with “Future consciousness”, “Future orientation”, and “Future preparedness”. We could also identify global perspectives and solidarity as concepts in the titles of the publications and in 1987 “Preparedness for peace” is the winning concept.

From 1990 to 1994 Åke Bjerstedt was appointed convener for the international network PEC – Peace Education Commission of IPRA – International Peace Research Association. This commitment has left clear traces in his personal archive where at least 19 volumes out of at least 60 volumes on peace education contain papers connected with his work for the commission. He also produced several bibliographies on different aspects on peace education.

During his leadership as a researcher in pedagogy, Teachers Education in Malmö became the arena for the project ”The internationalization of education. Problems and possibilities in schools work with the theme global survival”. The project became an umbrella for a series of activities and smaller projects. In the book “Develop peace preparedness” from 1996 Åke Bjerstedt summarized the project. The book is an overview report, it gives the reader admittance to the work of the project group but there are also references where to find more information.

The project group laid upon themselves an ambitious task. They analyzed earlier experiences and relevant research from other countries. They interviewed international experts and school authorities on their view on peace education. They studied, for example, thoughts, attitudes and values on peace, war, violence, future, immigrants, images on enemies and constructive ways of working with peace. They worked practically with peace education and collected data and experiences from fieldwork. The ideas of teachers, teacher training students and other school educators were published in miniprints and reports.

It is an important research task to “read” the archive of Åke Bjerstedt including the publication as a text, as part of a discourse, in the field of peace education from the 1970s to the end of the 1990s. A lot of interesting questions could be raised. One point of departure could be questions to a personal commitment, networks, arenas and its intentions: How did his commitment on peace education start? How did it expand and change over time? What differences were there during the cold war and after the breakdown of the wall? What were the issues on conferences and how did the project group respond? In what networks was he a member? Which international researchers were invited to join the project? Which analytical tools and concepts were used to map out the field? What was included and excluded? What influence and impact did his project group have?

To conclude – professor Åke Bjerstedt helped history researchers a great deal by writing bibliographies like “Educating towards a culture of peace, A select bibliography focusing on the last 25 years”, 2001, and by keeping a well organized archive and saving a lot of documents in which different aspects on peace education in past times could be analyzed.

References to publications by Åke Bjerstedt

Bjerstedt, Å. (2001). Educating towards a culture of peace: A select bibliography focusing on the last 25 years. Malmö: MalmöUniversity, MalmöSchool of Education.

Bjerstedt, Å. (2007). Educating towards a culture of peace. About 300 diverse examples of related publications from recent years (especially 2000-2005) (Peace Education Miniprints, No. 108). Malmö: School of Education.

Bjerstedt, Å. (1960) Glimpses from the world of the school child: Self and other explored in dyadic communication. New York: Beacon House.

Bjerstedt, Å. (1952). A ‘chess-board sociogram’ for sociographic representation of choice directions and for the analysis of ‘sociometric locomotions’. Sociometry, 15, 244-262.

Many contributions in the name of Åke Bjerstedt have gone toward funding a Peace Research Grant for Jogendro Singh Kshetrimayum.