Germany, University of Leiden (The Netherlands) 2015

The Evolution of Violence during Mozambique’s Civil War (1976-1992) 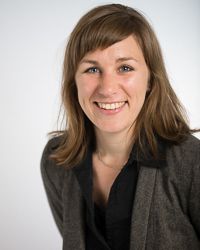 Although the civil war in Mozambique (1976-1992) had important geopolitical implications and severe humanitarian consequences, its systematic study is relatively limited in comparison to other armed conflicts. One reason is the dearth of available data, in particular on the subnational level. Cutting-edge research of civil wars, however, requires fine-grained subnational data to uncover the microfoundations of insurgent mobilization, violence against civilians, rebel governance, and displacement. This project makes use of the author’s unique collection of primary documents from Mozambican archives to create a dataset of violent events during the Mozambican civil war to facilitate systematic analysis of variation in wartime violence across space and time. The project contributes to our understanding of the local dynamics of war in Mozambique and the causes and consequences of political violence more generally.

Although several attempts have been made to collect data on violent events during the civil war in Mozambique, these efforts have important shortcomings. The available datasets are either based on sources of information with systematic bias or not comprehensive enough. Most accessible data sources are limited to information on wartime events in the south of the country, not taking into account the variation of violence across Mozambique. The main problem with previous data collection efforts is the lack of use of Mozambican government sources.

This project makes use of more than 10,000 pages of wartime local government reports from two provincial archives in Mozambique collected by the author during fieldwork in 2011-2012 to improve data quality for subnational analysis of wartime violence during the Mozambican civil war. The reports were written between 1976-1994 by local government officials to inform the provincial government about relevant developments in the realm of security, education, health, and administration. With the help of research assistants, all security-related events will be categorized, geo-referenced, and inserted into a dataset, which will allow for the analysis of the determinants and consequences of violence perpetrated by insurgent, state, and auxiliary armed forces.

The project serves three purposes. First, it is part of a broader research project on state-militia relations in civil war (grant application pending at the Harry Frank Guggenheim Foundation). I investigate the causes and consequences of the state’s collaboration with non-state armed groups to counter insurgents. In this context, the analysis of the evolution of wartime violence will help assess whether the state’s delegation of violence to non-state armed groups increases or decreases violence against civilian and military targets. Second, creating the dataset contributes to a richer historiography of the Mozambican civil war by shedding light on war dynamics in different areas of the country. It will be made available to other researchers for larger comparative studies. Lastly, the project is also of societal relevance. Recent turmoil in the country shows that post-war stability in Mozambique remains fragile. Remembering the war is important for the younger generation that did not experience the war and is undeterred from taking up arms to pursue its goals.